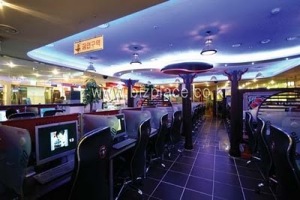 As an American with Korean facial features, Chee (2006) immersed herself for four months into the gaming culture in Korea.  She attended PC bangs (pronounced “bahngs”) daily, rooms located on nearly every block, where young people gather to play online games.  For a nominal fee, students can gather to get away from their parents, and form friendship-groups [Chee, 2006].  According to Chee, she stumbled into something she would not have found with a simple survey, this being the secretive motivation of Wang-tta.

Wang-tta is a “Korean social issue…which includes the act of singling out one person in a group to bully or ostracize” [Chee, 20006].  Chee argues that “a relatively elevated level of gaming is not due to the game itself”, but that it is dependent on location and Wang-tta [Chee, 2006].  As a collectivist society, much of Korean culture and community stems from Confucian ideologies of hierarchy and “place”.  In an effort to be part of a collective, gamers will secretly practice gaming for hours into the night, to improve their status and place amongst their friends.

This is most important to those not skilled at the game, for fear they will bring down the status of their friend-group, or bring wang-tta to their friend-group, as it stands to measure against other groups.  The player will be “kicked out” for poor performance, or in Korean terminology, the player has wang-tta [Chee, 2006].  Chee argues that culture and environment can play a larger role in the motivation to play online games than the games themselves [Chee,2006].